Anne Rainsford French (later Bush) of Washington, DC holds the distinction of being “the first woman licensed to drive an automobile in America,” at least according to the epitaph on her tombstone. While the question of whether or not she was technically first is up for debate, it’s at least fair to assume that when she obtained her license in 1899 and drove a steam-powered automobile in 1900, she was among the first to do so.

In fact French, who lived with her family in Washington’s Capitol Hill neighborhood, was one of the first people, male or female, in the entire city to apply and receive approval for a permit to drive the steam-powered vehicle made by the Locomobile Company of America. Over the next three years, French motoring along the street was a familiar sight in Capitol Hill. However, in 1903 she married Walter M. Bush and moved from the area, leaving her certification (and her driving days) behind her.

On June 9th 1909, in New York City, Ramsey set out for California in a 30-horsepower, four-cylinder touring car called the Maxwell DA. The car was provided to her by the manufacturer who, impressed by Ramsey’s previous reputation as an avid driver (it’s estimated she had logged more than 6,000 miles of driving, mostly around her New Jersey home). The Maxwell-Briscoe Company funded Ramsey’s nearly 4,000-mile trek as a publicity stunt, and it certainly paid off as Ramsey’s arrival in California 59 days later was celebrated with front-page coverage in the San Francisco Chronicle.

Ramsey returned to the east coast by train, but would make more than 30 cross-country drives throughout her life — even taking her show internationally and completing five passes through the Swiss Alps. She remained an active and avid driver until her death in 1983.

21 years before Alice Ramsey’s historic drive, a woman with a last name familiar to car enthusiasts had the distinction of completing the world’s longest “drive,” at the time. Bertha Benz, business partner and wife of automobile inventor Carl Benz, was the first person to drive a car over a long distance when she took a Patent Motor Car, built by her husband, from Mannheim to Pforzheim, Germany in 1888.

The route, officially dubbed the Bertha Benz Memorial Route in 2008 covers 106 kilometers. Benz decided to make the drive from the couple’s home in Mannheim to her birthplace, Pforzheim, as a way to encourage her husband’s work, showing him that his internal combustion-powered engine could make it the whole way without experiencing any issues — and she was right.

Enlisting the help of her two sons, and unbeknownst to Carl, Bertha quietly snuck the car out of the Benz factory early one summer morning. She left her husband a note, telling him she was taking the boys to Pforzheim and would return later, making no mention of how she planned to travel. By the time Carl noticed his prototype was missing from the factory, Bertha was already well on her way back from her historic drive home.

In 1894, Dorothée Pullinger was born in France, the daughter of car designer Thomas Pullinger. From a very young age, she knew that she wanted to follow in her father’s footsteps, and so at age 20 (after the family had moved to the UK), she applied to the Institution of Automobile Engineers to help launch her career. She was denied, however, on the grounds that the Institute would only accept men.

Undeterred, she soon found her opportunity during World War I, where she led an all-female team of munitions workers, producing explosives for the military and overseeing thousands of workers. Upon returning home, she was honored as an MBE (Member of the Order of the British Empire) by the government for her war efforts, and became manager of the airplane parts manufacturer, Galloway Motors. With the war behind them, she changed the focus of Galloway from planes to cars, and designed and manufactured her first Galloway Car in 1921.

Unlike other carmakers at the time, Pullinger designed her cars specifically for female drivers: the pedals were easier to reach, with higher seats, a lower dashboard and a smaller steering wheel. Her Galloway Car gained national recognition in 1924, when it won the Scottish Six Day Trials.

While only 4,000 of these cars were made, one currently sits in display at the Riverside Museum in Glasgow and Pullinger, who passed away in 1986 at age 92, left her mark forever as the world’s first female car designer.

Janet Guthrie was always certain to make history — she just wasn’t always sure how. Known in the history books as the first female race car driver to compete in the Indianapolis 500, Guthrie began her career about as far away from the racetrack as one could get. With a degree in physics and aerospace, Guthrie first worked as a research and development engineer for Republic Aviation in 1960, working on space travel projects that would lead to NASA’s Apollo missions. In 1964 she applied to be an astronaut, even making it through the first round of consideration.

But, as far above the earth’s surface as her scientific aspirations proved to be, she had an inescapable love for the paved ground of the racetrack. Starting out as a hobbyist, Guthrie bought cars, like the Jaguar XK 120 and 140 coupes, occasionally racing them in lower-level competitions. But as passion took hold and the wins started to rack up, auto racing became her full-time career by the early 1970s.

While she may have originally thought she’d end up in the halls of Smithsonian’s Air and Space Museum, her driver’s suit and helmet from the Indianapolis 500 do have a place on display at the Smithsonian Institution — and her name was one of the first to grace the International Women’s Sports Hall of Fame.

Arguably nobody —  male or female — had as much impact on modern automotive safety as Elizabeth Hanford Dole, the first woman to serve as Secretary of Transportation. Appointed by President Ronald Reagan in 1983, Dole made safety a priority throughout her four-year run as Secretary.

One of her earliest acts was to reverse a previous ruling that rear-window brake lights not be required in all new vehicles. Using data that showed a major reduction in read-end collisions, she made these lights mandatory, and saved countless lives in doing so.

She also made great strides toward encouraging and requiring seat belt use nationwide through a series of laws and regulations she proposed and championed, mostly at the state level. From the beginning of her term to the end, there was a significant uptick in seat belt usage among Americans, climbing from 14% to nearly 50%.

After her term as Secretary of Transportation, Dole held many other prominent positions, including Secretary of Labor, President of the American Red Cross and United States Senator — but her impact can perhaps still be felt most among drivers in the U.S., whose lives have been saved by her commitment to automobile safety during the 1980s. 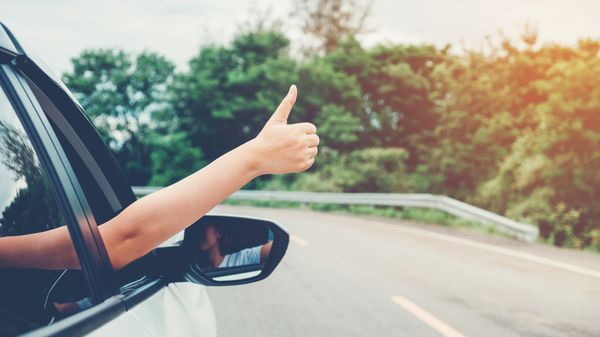 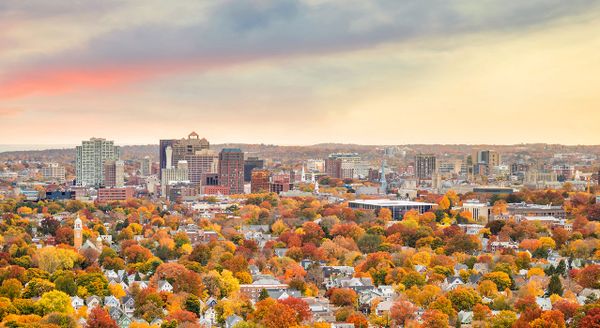 A first-time host in Connecticut talks with us about his car-sharing experience, exploring multiple income streams, and overcoming obstacles from the COVID-19 pandemic