We want to make it easy for you to unlock the best, not just of Getaround cars, but also in life. As we roll into 2019, we’ll be sharing a series of travel guides from our local Getaround teams on the ground to give you the inside scoop on the best local food, attractions and music in some of our favorite cities. Our teams have great suggestions, and we can’t wait to share their insider tips because as you know, we’re all about sharing. First up... Washington D.C.!

Along with its rich history, Washington D.C. is known for its food scene, local music, entertainment, and picture-perfect iconic landmarks. All these things make D.C. a popular tourist destination year-round. In 2017, Washington D.C. attracted more than 22.8 million visitors, and 91% were from the U.S. If you’re one of those visitors planning on making the trip to D.C., here are Getaround’s favorite spots to visit.

National Mall: Stand in awe where Martin Luther King gave his “I Have a Dream” speech or simply people watch as you stroll down the the pedestrian friendly, iconic tree-lined streets. The National Mall is filled with free museums, monuments, memorials and, of course, the White House itself. Our Getaround teams recommend snapping a picture-perfect shot at the bottom of the steps of the Lincoln Memorial.

National Gallery of Art: This free museum is attached to the Sculpture Garden on the National Mall and houses rare paintings, photographs and sculptures from the Middle Ages to present day. While the museum is filled with contemporary and modern art, we recommend locating the only painting by Leonardo da Vinci in the Americas.

Library of Congress: No need to move your car to hit up our next recommendation, you can walk across the National Mall to enter the Library of Congress. Our Getaround team recommends you sign up for a free library card to access the largest collection in the world, with over a million physical books, recordings, photographs, and newspapers.

Dulles Airport: When you land in D.C., take a moment to appreciate that Dulles is both a photo-friendly and cultural historical spot. It was designed by Eero Saarinen, the architect responsible for the St. Louis Arch, New York’s JFK's Terminal 5, and modern furniture from Knoll, Inc. (e.g., the "Tulip chair"). Dulles Airport has made some modifications over the years, but it's relatively well-preserved and still has a powerful facade and interior lobby you experience when you drive up to the departures entrance. The airport is a bit of a drive from the city center. To get there, our Getaround team recommends the four lane, 13-mile dedicated highway from Falls Church, VA that goes straight to the airport and gets you there in half the time.

U Street: After a day of sightseeing by foot, it’s time to Getaround to U Street and take in a few of our favorite neighborhood spots. Known for its eclectic jazz clubs, boutique clothing shops and nightlife. Since U Street is known as "the part of the city that never sleeps," it's the perfect destination to burn the midnight oil.

Adams Morgan: Leave your car parked at U Street and walk about a mile to another one of our favorite neighborhoods, Adams Morgan. At a first glance you'll notice the bustling nightlife, but explore deeper and you’ll find independently owned vintage clothing stores and Idle Time Books’ collection of rare books. Eater also recently named Adams Morgan D.C.’s “Dining Neighborhood of the Year”. For House of Cards fans, you might recognize the popular “Federalist Pig” BBQ ribs joint featured in the final season.

9:30 Club: Get close-up to your favorite indie bands at this intimate music venue. General admission/standing room only tickets make it easy to see artists no matter where you’re standing in the crowd. After the show, you’ll want to grab a Buzz Bakery speciality cupcake before you hop in your ride and head out of the neighborhood.

Ben’s Chili Bowl: After you’ve have your fill of U Street & Adams Morgan, we recommend refueling with the “Chili Hot Dog Combo” at Ben’s, a beloved local institution. It'll get messy, so opt to chow down on your chili before you hit the road in your Getaround ride.

Amsterdam Falafelshop: Whether you are vegan, vegetarian, or gluten-free, these perfectly crisped falafels will make you forget about any carnivorous cravings. Pro tip: ask to “crush your falafel balls” and they’ll mash up the falafels prior to adding the remainder of the toppings.

While you’re driving around the city, listen to some of the Getaround team’s favorite local D.C. artists including Duke Ellington, Bad Brains, Thievery Corporation, Fugazi, Minor Threat, Chuck Brown, and Ted Leo and the Pharmacists.

For those looking for an easy way to sightsee and experience D.C., carsharing with Getaround is a perfect option. With the Getaround app you can instantly unlock cars nearby at a range of prices, so you can hop into a Prius, or that Tesla you’ve always dreamed of driving.

When you Getaround to these spots, be sure to give us a shout on social media @Getaround or use the hashtag #Getaround.

Don't lose your cool when winter weather makes road conditions less than ideal. Get a grip with these winter driving tips that will help you Getaround safely all winter long. 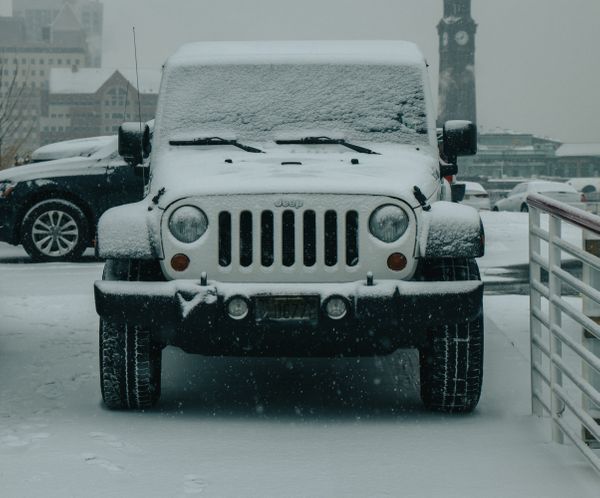 To help you avoid getting iced out of your cold weather travel plans, our Getaround Garage master autotech, Crosby, has some car maintenance tips ranging from easy to expert to keep your ride road-ready all winter long—no matter how blustery it gets.

The Road Ahead | Getaround
—
Unlocking the best of Washington D.C.
Share this