Notable roadways often help to define a city; Bourbon Street in New Orleans, Rodeo Drive in Los Angeles, Broadway in New York City. But none of those streets are giant, 12-lane, single-looping highways like Interstate 285 (A.K.A. The Perimeter). But then again, none of those cities are Atlanta.

Welcome to the home of the Braves, Big Boi, and pretty much the best biscuits and gravy in the south [ducks to avoid every single non-Atlantan southerner throwing chairs]. Atlanta is a super-cool, bustling, sprawling city where you’re going to need a car to see it all. You’ll also need a little local knowledge to know where to take that car before rush hour really gets going (or, more accurately, gets going nowhere fast).

Before we pour a tall glass of sweet tea and start dishing on some of the best destinations in Dixie, go download the Getaround App, and find the perfect car for your southern sojourn. We'll wait. Now that your transportation needs have been solved, here’s what you need to know before you get around ATL with Getaround.

The city is broken down into 252 neighborhoods, 25 neighborhood planning units and a myriad of districts within both. Don’t worry though, there's more than 20 colleges and universities full of smart, friendly people who can help point you in the right direction if you get lost—just another benefit of Atlanta's world famous southern hospitality.

Also known as O4W, this former industrial area has been transformed into the new hip spot for eating, shopping, living and working. Be sure to stroll around and take in the neighborhood's noteworthy street art. There’s a reason we’ll keep coming back to this locale below, this thriving neighborhood is home to the Ponce City Market and Martin Luther King Jr. historic site.

This eclectic upscale neighborhood known for its historic bungalow homes, and filled with eateries, bars, and shops is also one of the most walkable neighborhoods. Head here to check out some of the city's favorite green spaces: Piedmont Park or the Eastside Trail.

Known as the street art capital of ATL, this neighborhood is packed with large, colorful murals by internationally renowned artists. East Atlanta is also home to many annual events and festivals like the East Atlanta Strut and East Atlanta Craft Beer Festival. Cheers!

With a rich tradition of hospitality and down-home cooking, Atlanta has not-so-quietly become a culinary destination for southern-style cuisine and tasty microbrews. While fried chicken may still be considered the crown jewel of southern cuisine, local Atlanta restaurants are continually pushing the envelope with regards to farm-to-table eating and local staples like shrimp and grits, biscuits and gravy, chicken wings, and barbecue.

"What'll ya have?" they'll ask you at this storied Atlanta institution. We recommend the classic, greasy-in-the-best-way, drive-in burgers, dogs, fries and shakes that have been a local favorite for the past 90 years. If you've saved enough room for desert be sure to grab a Frosted Orange on your way out.

The brainchild of two Atlanta brothers, this pushcart-based popsicle paradise combines interesting flavors and locally-sourced ingredients to make ice pops you’ll keep coming back for. If you're out and about, you'll likely cross paths with one of the 40+ push carts or many ice cream trucks crawling the city on a hot summer day.

Geographically speaking, Atlanta may be far removed from the volcanic-soiled, tomato-growing valleys at the base of Mt. Vesuvius, but you wouldn't be able to tell by the pizza.  Visit this can’t-miss pizzeria and gelateria and see why TripAdvisor ranked Antico's brick-oven pies 7th-best in the nation. Celebrated for it's authentic Neapolitan-style pizza, Antico is the undeniable vanguard of the Atlanta pizza scene.

If you’re here, you’re going to want the world to know. Here are the best places to show off your best self, capture some of the local beauty, rack up the likes, and maybe launch your new career as a professional influencer.

Who doesn't relish a serene moment in nature enjoying the birds amidst a sprawling green park in the middle of the city? Have a picnic, take a nap, or soak up the cosmic rays in this gorgeous urban park, home to many of Atlanta’s largest annual outdoor events. The only filters you'll need are the ones you'll bring for brewing sweet tea.

Back to the Old Fourth Ward. This former Sears, Roebuck & Company building went under major renovations to keep its industrial-chic exterior and was outfitted with a variety of yummy restaurants and great shops. This market is widely revered as one of the pre-eminent destination food halls in the United States.

Stay in the Old Fourth Ward (choose a good parking spot) and head to these old railroad tracks that have been renovated (à la New York's Highline) into a path for walking and cycling and filled with art installations, open-air restaurants, and lots of breweries to quench your thirst along the way.

Where to Get Culture

Atlanta is a city rich with culture and history, not just Peachtree Roads, Peachtree Drives, and peach trees. Learn all about the cities deep roots at these historical hot-spots.

Come to the Martin Luther King Jr. National Historical Park to pay your respects and visit Dr. King’s boyhood home, the original Ebenezer Baptist Church where King and his father both preached, and take a tour of the American Civil Rights Museum—all located within the park's 35 acres.

A lush oasis in the heart of Midtown, this 30-acre garden boasts a Canopy Walk high in the sky and a rotating calendar of unique events and exhibitions. The Garden's Fuqua Orchid Center is home to the largest collection of orchid species on permanent display in the United States.

Cultural? Possibly. Refreshing? Definitely. Come visit the home of Coca Cola and try over 100 flavors you've never tasted from around the world. Located mere blocks away from where John Pemberton came up with the original recipe in 1986. That’s some good, old-fashioned, fizzy fun!

Are you ready to head southbound and eat a real Georgia peach? Get on the Getaround app, unlock a car, and hit the road—it's always go time with Getaround!

Getaround gives you the digital keys to unlock the freedom to get going. Rent now to start carsharing conveniently, or share now to start earning effortlessly. 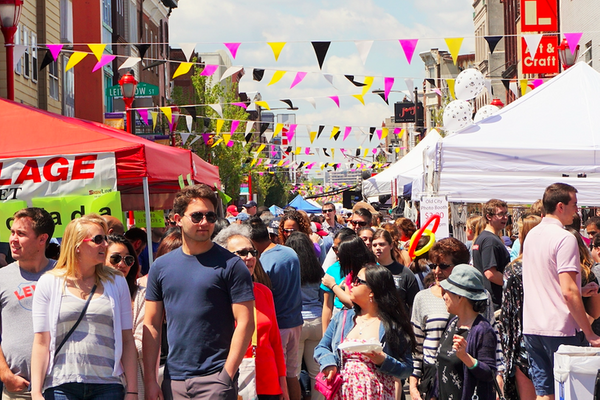 What do dozens of food trucks, hundreds of musical acts, and thousands of families all taking advantage of the weekend have in common? Two words: festival season.

The heat and humidity of summer is coming, Ft. Lauderdale. But luckily, so is Getaround. With convenient carsharing available at the touch of an app button, FTL now has the digital keys to unlock and go anywhere.

The Road Ahead | Getaround
—
Unlocking the best of Atlanta
Share this