When winter sets in and nature’s fall colors fade, good old-fashioned human ingenuity (and LED technology) takes over. With all the glowing gardens and shimmering shingles, holiday light peeping is quickly becoming our favorite outdoor December tradition. That's why we rounded up the best displays from across the country so you can Getaround to the glow. So rent a ride, round up your friends, fill up on hot cocoa and soak in the holiday cheer with an electrifying holiday light show in your neck of the woods.

The annual holiday electrical extravaganza at Atlanta's urban oasis boasts the world’s largest curtain of synchronized light and sound, something you probably didn't know you needed to see until reading that sentence.

More than 40 sculptures and art installations around San Francisco glow each night during San Fran's Illuminate SF Festival of Light. Our favorite is the dazzling Night Bloom experience at the one-of-a-kind Conservatory of Flowers in Golden Gate Park.

More than 600,000 bulbs light up the only private residence on our list, Deacon Dave's Christmas Display. The Livermore tradition (the mayor attends the Grand Opening) is in its 37th year and promises to keep lighting the neighborhood for the foreseeable future. The best part? Deacon Dave offers free admission for all!

Learn a little history as you gaze at the glow along Boston's Freedom Trail. Costumed guides lead tours along the trail and recount how and where Boston’s historic holiday traditions originated.

One million LED lights. That's what you can expect to find at Chicagoland’s largest and longest-running lights festival, now in its 38th season. Holiday Magic has Santa and Mrs. Claus for the kids, the Holly Jolly Theater, ice carvers, magicians, and a 41-foot tall "Talking Tree", which we promise is not as frightening as it sounds.

Digital projections and breathtaking geometric patterns may have you second-guessing your own eyes as you glide through Illumination at The Morton Arboretum, about 30 miles west of the Loop. Plus, you can roast your own marshmallows for s'mores, which is an attraction in itself.

Most nights at the Electric Safari have Special Animal Encounters, including a chance to hand-feed giraffes – an option lacking at most of the other holiday light experiences on this list. Early evening visitors can view the safari (and all of Colorado Springs) from above on the zoo's Sky Ride ski lift.

Festival of Holidays at Disneyland (Anaheim, CA)
Now through January 6

Christmas, Kwanzaa, Hanukkah, Diwali and more are celebrated each night with live music and dancing at Adventure Park. We're told Mickey Mouse himself is known to make an appearance.

Take a walk through a magical mile of interactive light displays and large-scale garden projections unlike anything else in LA.

More than a million locals and visitors descend on tiny Newport Beach for the four-day nightly parade around Lindo Isle and Balboa Island, which features dozens of expertly decorated yachts, boats, kayaks and canoes. Closing night on the 22nd also features fireworks on Balboa Pier.

If you crave over-the-top light displays that would leave Clark Griswold green with envy, head across the bridge to this unofficial King's County tradition in Brooklyn. From 11th to 13th Avenues between 83rd and 86th Street, the amateurs outshine the professionals.

Perfect for those who can't or don't want to walk a few miles through the cold on a winter night, Hershey's Sweet Lights lets you ride through nearly 600 glowing, animated displays along a festive wooded trail.

Legitimately fun for the whole family, the San Diego Botanic Garden has live entertainment, visits with the man himself (Santa), photos with the Snow Princess, face painting, crafts, scavenger hunts, and more. And by "more", we mean a wine garden for the parents.

More than half a million colorful LEDs transform the National Zoo into – in their own words – a "highly Instagrammable" winter wonderland each December. New this year are dozens of large, glowing animal lanterns and art exhibit called "Entre Les Rangs," featured in the video below.

Zoom in to your area on the map below to find the best route to each of these locations:

Need some festive tunes for your sleigh? Tune in to our holiday road trip playlist.

Header image via The Morton Aboretum 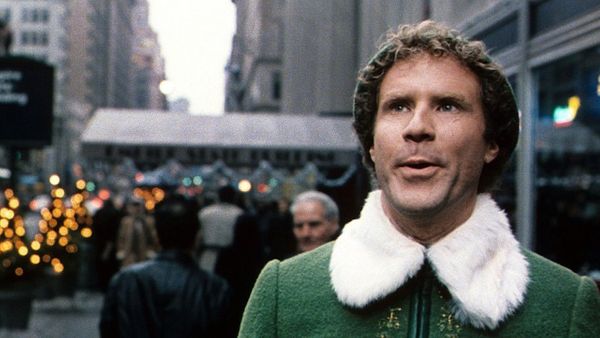 With the holiday season upon us, there’s no better time to get together with friends and family and Getaround to these iconic NYC holiday film scene locations.

For some of us, the most wonderful time of the year is also the busiest. Thankfully, with rides suited for every task, we can help you Getaround town and get your errands done.

The Road Ahead | Getaround
—
It’s lit: Peep the best holiday lights near you
Share this