With summer winding down and the school year and holidays on the horizon, it's go time to get outside and see the world through the lowered windows of your very own Getaround getaway car. And with Getaround present in a number of major cities, you're never more than one scenic drive away from wondrous natural beauty. So, here's a few of our favorite national and state parks that are waiting to welcome you just outside of the city limits.

If you live in San Francisco, you certainly know about the natural beauty that surrounds you; wine country, the Pacific ocean, Sierra Nevada mountains. But, for those willing to hop in a car and venture a bit farther, incredible natural beauty awaits.

If anything could draw you away from the coast, it’s Pinnacles National Park. Located two-and-a-half hours south of the Bay Area, Pinnacles is what remains of an ancient, eroded volcano and looks like something off a different planet. The park is divided into an East and West side, with the former delivering shade and water and the latter giving spectacularly high walls made for experienced climbers.

Maybe the most famous of all the National Parks is Yosemite. There’s Half Dome, El Capitan, and if you’re more of a “watcher” than a “climber," dozens of the most massive and picturesque waterfalls you’ll ever lay your eyes upon. Bring a camera. And if your phone is your camera, clear out some extra storage.

It’s a little bit of a drive (5+ hours), but totally worth it. Located just outside Crescent City, is over 2 million acres of old growth redwood forest that supports numerous ecosystems and totally dwarfs you and the world you thought you knew.

Yes, there’s the beach. But, let’s be real. If you live in LA, you don’t go to the beach. So, here are some options that might make you appreciate nature that doesn’t just happen to be "where you’re shooting that week."

It’s a U2 album, it’s a hipster hotspot, it’s a place to absolutely unwind. Load up your car with everything you’ll need once you’re there; food, water, and gear to enjoy the Mojave desert landscapes atop the country’s craziest rock formations, and underneath the most stunning star formations.

At the other end of the “lush scale” is King’s Canyon National Park. This glacier-carved valley hosts the world’s biggest sequoias, beautiful blue rivers, and sprawling green meadows. The national park is also home to General Grant, the second largest tree in the world, and the convergence of the John Muir and Pacific Crest trails.

Yes, this one’s in Los Angeles County. But, you still need a car to get there. And even if it is right there in your backyard, Topanga is not to be missed. There’s a reason you see all of your Instagram feed geotagged here. The hikes and views are well worth hopping in a car and heading for the Santa Monica Mountains.

Nature is obviously a big part of the draw to living in Denver. And now that getting into a car and getting out for the weekend is easier than ever, it’s your time to truly take advantage.

Black Canyon of the Gunnison

Is the canyon truly pitch black? I guess you'll have to go and see for yourself. But make sure you find some time to river raft and rock climb to your heart’s content before the sun gives way to shade in the steep canyon.

It’s a long drive. But it is a long and beautiful drive. Then, once you’re across state lines and in Canyonlands National Park, you’ll find yourself amongst some of the most amazing mazes of canyons, buttes, and red rocks that look like every classic Western panorama you’ve ever seen.

If you’re sick of mountains made of rock and snow, head a few hours south for mountains made entirely of sand. The tallest sand dunes in North America are also the perfect place to sandboard or sandsled if you reach the park and remember how much you truly miss the snow.

The city might be your playground, but the real playground for midwesterners, complete with hundreds of lakes, swimming holes, and forests is just a short drive away.

Great name, better park. It was recently named “The Most Beautiful Place in America," and it’s clear why. The lakeshore feels more like an ocean coastline, with dunes plunging into the water to provide an epic landscape for a life-affirming camping experience.

Sticking with the beauty of a lakeshore is a safe bet if you’re driving from Chicago. So next on our list is the sandstone cliffs of this park off the coast of Lake Superior. It’s a bit of a drive all the way to the tip of Wisconsin, but the ability to kayak through massive caves is definitely worth the car ride.

Driving south from Chicago also offers plenty of opportunities for outdoor fun. This Ohio staple, located smack between Akron and Cleveland, is a perfect family destination loaded with both short and long hikes along rivers, forests, farmlands and wetlands.

We’re lumping in both cities not because we think less of you guys. It’s just because whatever’s a short-to-medium ride from one city will be a short-medium ride from the other. That, and we’re West Coast biased. (Just kidding, everyone in California is originally from somewhere on the East Coast.)

Yes, this park extends for several states. We thought that would give drivers from both places equal opportunity to go wherever they please. But anywhere you choose, you will have made the right choice. The long hikes and sweeping views are incredible from New York down to Virginia.

It’s inside this park that you’ll find Pine Creek Gorge, AKA, the Grand Canyon of Pennsylvania. No, it’s not quite a canyon on the same scale as the Grand Canyon, but it’s still incredible to witness. We recommend taking in the majesty from a bike trail, or for the more adventurous... horseback.

This park in Pennsylvania is home to one incredible hike we can’t recommend enough. A 7.1 mile loop that takes you past 24 waterfalls, each with their own unique character and name. The best of them all? Wedding Cake Falls, where each waterfall looks like a tier of a massive wedding cake.

With all of the outdoor adventure possible, it kinda makes you sad to still be inside, huh? No worries. You’ll be behind the wheel cruising towards an adventure of your own in no time. 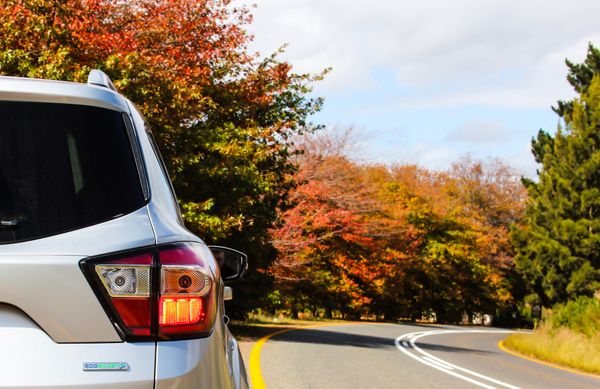 There are lots of ways to market your car, truck, or van to generate more interest, more rentals, and more money. 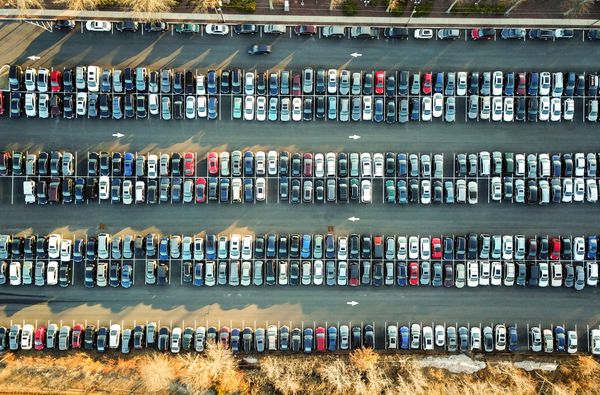 With so many transportation options nowadays, maybe it's time to consider the many reasons to opt for carsharing instead of car owning.

The Road Ahead | Getaround
—
Getaround to these majestic parks
Share this