What do dozens of food trucks, hundreds of musical acts, and thousands of families all taking advantage of the weekend have in common? Two words: festival season.

All across America, art is being hung, ribs are being smoked, and bluegrass bands are tuning their banjos. Here’s our somewhat comprehensive list of the loudest, tastiest, most inspiring, and weirdest-in-the-best-ways festivals coming to your city.

Start with a short drive down the coast to the Monterey International Blues Festival on June 29th. A one day concert featuring the best in blues benefiting the local Salvation Army. A month later, pack up your Getaround car again and head to Gilroy for the 41st annual Gilroy Garlic Festival from July 26 - 28th. Three days of food, drink, live entertainment, and surprisingly, not just garlic.

For those of you staying in SF, there’s always the old stalwart, Outside Lands Music & Arts Festival, Aug 9-11. This year’s festival features headliners Paul Simon and Childish Gambino (Sadly, not together).

We recommend avoiding traffic by… we’re still not sure how to avoid LA traffic. But maybe finding a car in a less-populated part of town might be a start.

The LA Design Festival kicks off the summer season from June 20-23rd and features everything and anything in design, from architecture to graphic set to costume design.

According to Ferris Bueller, Chicago is the home to Abe Froman, who just happens to be the sausage king of the city. Who are we to argue? Especially when the city’s summer festivals basically come in link form, thrown on a grill, and slapped on a bun.

Here’s the various food offerings Chicagoans have to look forward to this year.

That’s something for everyone, from sausages to…I guess more sausages.

We admit, we’re very partial to a good western festival. There’s only so many straight up rock festivals one can see in a lifetime. If you’re like us, Denver has you covered this summer.

With the Greeley Stampede going from June 26 - July 6, followed by Leadville Boom Days in early August (2-4) Denver has you covered in the cowboy department.

There will be Burro races, live music, a car show, bullring, and we’ll say it again— Burro races!

Yes, watching what’s going on in DC every single day can seem like a carnival, but the festival circuit still has politics beat.

Just in mid-June alone, there’s art, music, film and food all happening at the simultaneously. We might recommend a sporty car to get you from the galleries to the concerts to the BBQ battles. Here’s what you can expect starting on June 7th…

All better than what’s happening in any branch of government.

Like every year, Seattle’s rich musical scene takes center stage (and side stage, and indoor stage, and outdoor stage) this summer. Late August is when it really heats up with back-to-back, massive music festivals the last two weekends of the month.

First is THING Festival (Aug 24-25). This inaugural festival will feature the Violent Femmes, De La Soul, Kurt Vile and dozens of other notable acts. Along with a bonus of podcasts, comedy, and visual art.

There you go. Just a small portion of America’s best summer festivals coming to your cities. Now it's go time to hit the road, and enjoy the festivities!

Getaround is a carsharing platform that enables drivers to rent and unlock nearby cars with their phones, and vehicle owners to share their cars and offset the high cost of ownership. Download the app and join the Getaround carsharing community. It's go time! 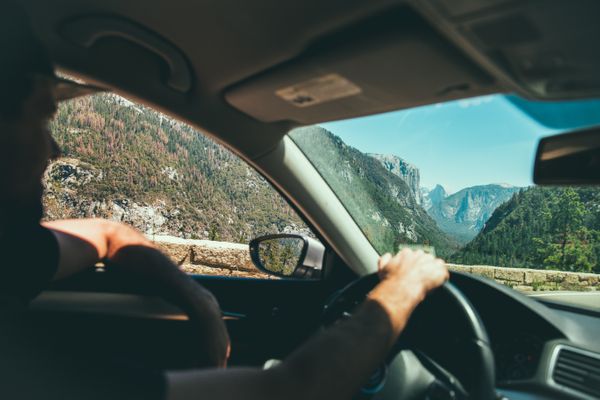 The weather is warm. The kids are out of school. And it’s Father’s Day across America. What better way to celebrate Dad than making him drive for an extended period of time while everyone sleeps, reads, or listens to their own music? It’s road trip time!

Visit Atlanta, home of the Braves, Big Boi, and the best biscuits and gravy in the south. Atlanta is a super-cool, bustling city where you’ll definitely need a car to experience all the southern hospitality. Luckily Getaround has the perfect car for any trip around The Perimeter.