That chill in the air signals not only autumn and the approach of holiday season but also a cooling trend in auto sales. For bargain hunters, this could be a great time to get a good deal on a new car.

But sales downturns aren’t the only marker of the best time to buy a new car. New model rollouts, carmakers’ redesign schedules and other events can uncover bargains for those who can read the tea leaves of the auto market.

Then, consider these five time periods when planning your purchase to snag a bargain.

The big three U.S. carmakers launch their new models during August and September while some foreign carmakers sprinkle new-vehicle introductions across the calendar. Most buyers are drawn to the newest models, which pressures dealers to offer deeper discounts and incentives to clear their inventory of the previous year’s models.

“We’re at a critical time where dealers need to clear out 2016 inventory to make room for 2017’s, and that’s good news for shoppers who will see some great deals on outgoing models in the coming weeks,” says Jessica Caldwell, an analyst at car shopping site Edmunds.com.

That means “as a consumer I’m not going to have to arm-wrestle or play the back-and-forth game to get a good price,” says Dave Cavano, AAA’s car buying expert. Dealers “are much more likely to cut to the bone more quickly — so it’s less of a hassle.”

U.S. auto sales started 2016 on a record pace, but have cooled off considerably, with October marking the third consecutive month of decline.

Meanwhile, figures from car shopping site TrueCar show the average transaction prices for 2015 and 2016 dropping across the summer and into fall while purchase incentives remain high — which is a good combination for buyers.

Cavano warns that buyers shopping for newly redesigned or recently introduced models will pay dearly for wanting to be the “first on the block to own that car.” Manufacturers “trickle out” a few vehicles for each dealer to drive up interest. Eager buyers will have to pay sticker price and sometimes a bit more.

“Of the 30 days in the month, traditionally, the last five days are when the dealers have the greatest incentive” to make a deal, the auto club’s Cavano says.

This is because some carmakers offer bonuses that increase when dealers hit certain sales numbers, says Christian Wardlaw, an analyst for the New York Daily News’ autos section. “Dealers know they can take a loss on that vehicle because they know they’ll get the bonus for hitting their quotas,” Wardlaw says.

These kinds of bargains are more common at high-volume domestic dealers. However, it’s hard for the average consumer to know which dealers are facing the pressure to hit quotas, Szakaly points out. Shopping at the end of the month can help you better your odds. “You’re hoping you are the lucky person who walks in at the end of the month and the dealer is missing the one sale he needs,” he says.

The final week of the year brings sales, particularly from luxury carmakers such as Lexus, Mercedes and BMW, Cavano says. It’s when “manufacturers are trying to eke out those last few sales … and they will push money out to their dealers and say, ‘OK guys, let’s get this done.’”

Keep in mind, however, that with dwindling inventories, you might not be able to get your first choice of color and options.

Manufacturers periodically redesign their vehicles, creating a situation in which they have both the outgoing and new models for sale at the same time. In some cases, this makes dealers eager to get rid of the outgoing model by offering high incentives and discounts. But that model’s value would depreciate faster.

And sometimes, the new model may be “heads and tails better than the outgoing model,” Wardlaw says.

Last year of a model’s production

This tip is for serious penny pinchers. When a car is being discontinued or “rebranded” as a different model, the outgoing model’s prices drop even more dramatically. Examples on the market include the 2016 Dodge Dart and Chrysler 200, according to Edmunds’ handy list of best leftover cars for 2016. Current pricing in California for the Chrysler 200 shows a savings of nearly $5,000 off the sticker price, according to TrueCar’s pricing.

The timing on when not to buy a car follows a simple pattern, according to these experts. When there is plenty of foot traffic on the car lot, the dealer will keep prices higher, believing there will be a better offer from another shopper. So weekend afternoons aren’t optimal because besides higher pricing, the sales staff will be busy and test-drives will be rushed. Instead, shop midweek, communicating with dealers via text or emails.

Swapping advice about car buying is a great sport for buyers, and Wardlaw has a final recommendation: Don’t be lured by the promise of crazy deals. “When it comes down to it, the best time to buy a car is when you really need one,” he says.

This article was written by NerdWallet and was originally published by The Associated Press.

The article 5 Best Times to Buy a New Car originally appeared on NerdWallet. 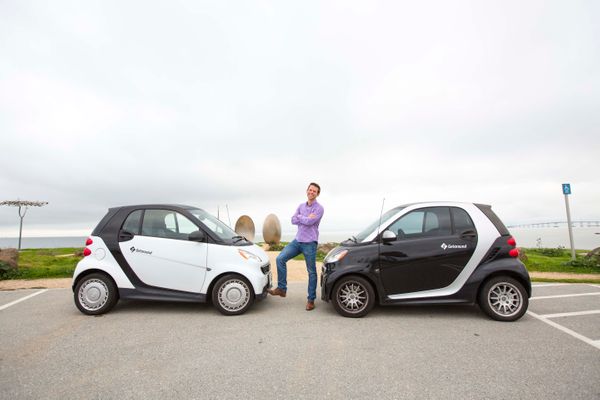 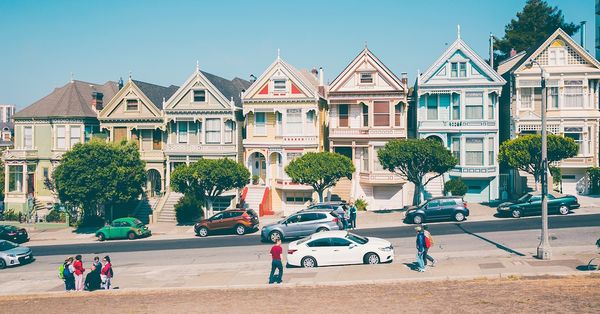 While apartment hunting might give us all the blues, take the guesswork out of finding your next home with this handy guide. A little planning and preparation can take the stress out of