There comes a time when mainstream consumers begin to realize how an industry will impact their lives. While carmakers have their pedal to the metal on autonomous vehicles, most consumers haven’t yet realized how autonomy will positively affect their lives. In looking closely at urban mobility and autonomy, that Jetson’s future we’ve all been waiting for is closer than we think.

With all of the recent announcements, speculations, and unforgettable reveals this past week at CES (Consumer Electronics Show), it’s no surprise that autonomous vehicles are the future for the auto industry. However, there’s still a lot up in the air for urban mobility, so here are my predictions for how this shakes out in 2018.

1. You’ll be as connected to cars as you are to phones

The thought of connected cars materialized earlier than you might remember. Motorola introduced telephones to cars in 1964, but lifting the center console to pick up phone calls in the 80s is more salient of a memory for most. The concept of a connected car reemerged around the mid 90s, when GM introduced OnStar, but this was only the beginning.

Smart car, smartphone, smart home, smart city, you’ve heard it all, but have you ever stopped to think about how they all will learn to work together? With every new technological advancement, we’re presented with a variety of connection possibilities. The interconnectivity of cars comes to life as they connect, not only with your phone to lock, unlock, start the engine, but also with your garage and home, other cars on the road, and traffic lights and roads throughout a city. And with these things at play, we’ll begin to witness the development of a new ecosystem for mobility-powered businesses.

Toyota is one of the carmakers leading the charge in the race to connected and automated mobility. They’re redefining our relationship with cars by equipping them with Yui, a “friendly” AI that truly aims to please. It suggests destinations, plays music based on your mood, automatically reclines and massages, and more to help you pursue happiness. Toyota also teased the launch of their autonomous vehicle, e-Palette, that can handle everything from ridesharing to parcel delivery.

Every carmaker, transportation company, and pizza delivery service at CES proposed that their self-driving technology will launch as early as this year. Take a step back, a few years back, and you’ll remember that these same companies predicted mainstream autonomous vehicles years ago. They’re delivering on their promises, but why are we not seeing them on the streets yet?

The speed at which we can expect driverless vehicles to become publicly available is largely dependent on the rate at which government and society get on board. But the public sector doesn’t stand in the way of the private sector creating the future. This is evident as we see companies continuing to unveil creations like the fully-electric luxury Byton, the open-sourced connected Ford, and steering wheel-less GM robocars emerge with every blink of the eye.

As technology continues on its tear, we need to urge our governments to pick up the pace by putting pen to paper on public safety policies. By 2017 more than half of the US—33 states to be exact—enacted legislation that allowed testing and operating autonomous vehicles. This enables the future. 2018 marks the year nearly all of the US will pass new legislation that will change the way we get around our cities—hands-free!

While ridesharing giants like Uber are working toward the world above us, car sharing is staying grounded. Car sharing is alleviating tangible issues such as indefatigable traffic, stifling air quality, and declining city space.

Studies show that for every one car shared, 10 fewer cars are on the road. Not only does this mean that cities with active car sharing programs will experience massive relief in traffic congestion, but also fewer cars equals less of a need for parking. A reduction of parking lots and spaces open the doors to creating more green spaces like parklets and urban gardens.

The environmental impact of reducing the number of cars alone is already an unprecedented feat against the negative effects of pollution. Pairing that with the idea that more gas-powered cars will be replaced with fully-electric cars, we get a glimpse of life with more deep breaths of fresh air.

Car sharing has even still more potential than significantly curbing air pollution and horrific traffic. Compounding the positive outcomes of car sharing with the advent of smart cars also breathes life into the idea of safer cities. Society at large will experience the radically positive benefits of fewer accidents, efficient commutes, and transportation routes, and harmonized mobility between autonomous vehicles, drivers, bikers, and pedestrians.

We launched Getaround in 2011 on the foundation that cars should be a shared medium. By 2035, the world will see double the amount cars—1.2 billion on the roads now, and each one already sits idle for over 22 hours per day. We set out to solve this “car overpopulation” by providing people with access to transportation when they need it so they could continue to live car-free. This will hopefully reduce the need for people to buy cars and add them to already congested cities.

We also knew cars were becoming increasingly connected and moving toward autonomy, which only makes car sharing even easier. We built Getaround on integrated hardware, software, and services so that when autonomous vehicles started hitting the road, we could be the best platform to connect with those cars for sharing purposes. Again, further reducing the need to buy a new car.

The city is actually greener on the other side

Every year we’re more mobile than before. Harnessing data, robotics, and imagination enables us to reach further into the future, and today’s innovations are truly forging a bright future for mobility.

Autonomous vehicles and car sharing will be indispensable as we aim to achieve transformative changes in transportation and the urban landscape. Car sharing and driverless cars will free up land changing the way we envision and develop neighborhoods and downtown streets. Optimized traffic infrastructure and reduced parking will facilitate more livable communities with the pedestrian and biker in mind.

Urban mobility will continue to provide upward mobility for people and cities throughout 2018 and the years thereafter. Once we shift our paradigms of mobility toward sustainable sharing, autonomy, and connectivity, we’ll be one large step closer to a ‘greener on the other side’ reality. 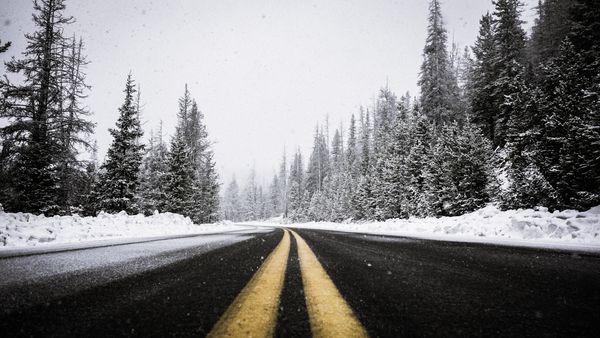 We’re excited to announce that we are now the exclusive carsharing provider for Parkmerced, San Francisco’s largest multifamily rental neighborhood. Parkmerced launched its Car-Free Living Program in May 2016 to encourage