Dive deep into America’s history by going underground and exploring one of the spectacular caves in your state. From lava tubes that extend for miles to 47 feet high formations, caves are among the most unique geological phenomena in the world. So, grab your flashlight, put on your hiking boots, and hit the road in your Getaround car. 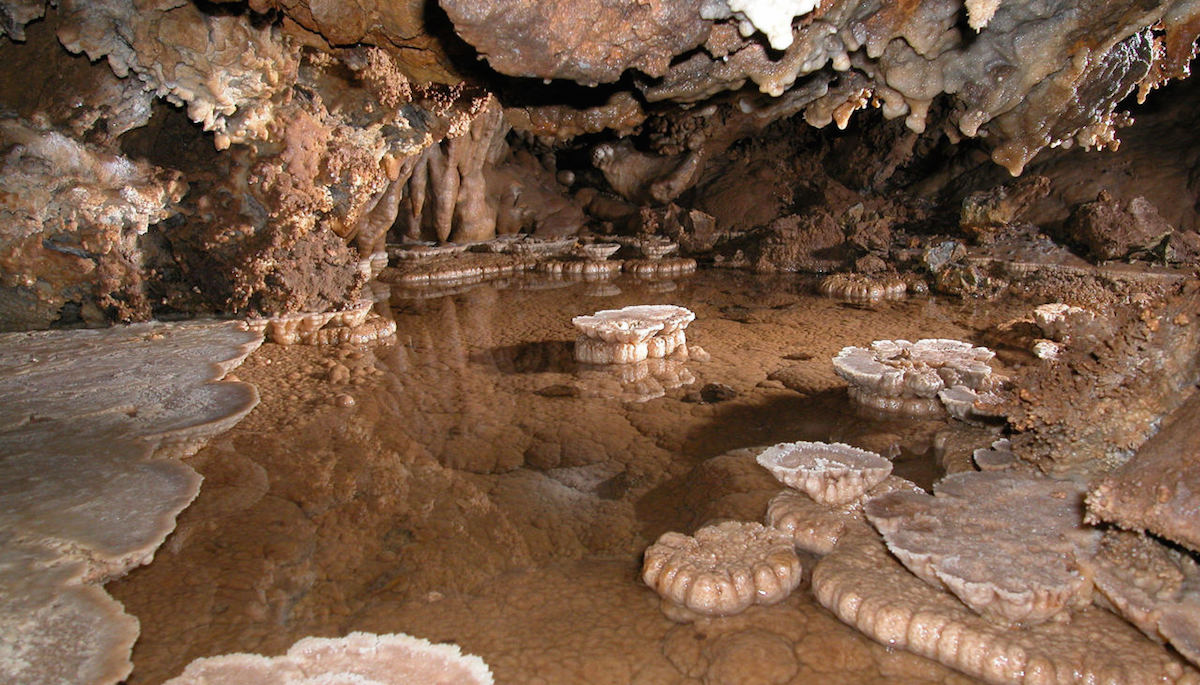 Nestled under the Sierra Nevada Mountains, Black Chasm Cavern is one of California’s most spectacular National Landmarks. Take the tour to learn about the early history of the cave and its unique geology. The crystal, or helictite, formations in the cave’s Landmark Room are what makes this cave particularly magnificent. 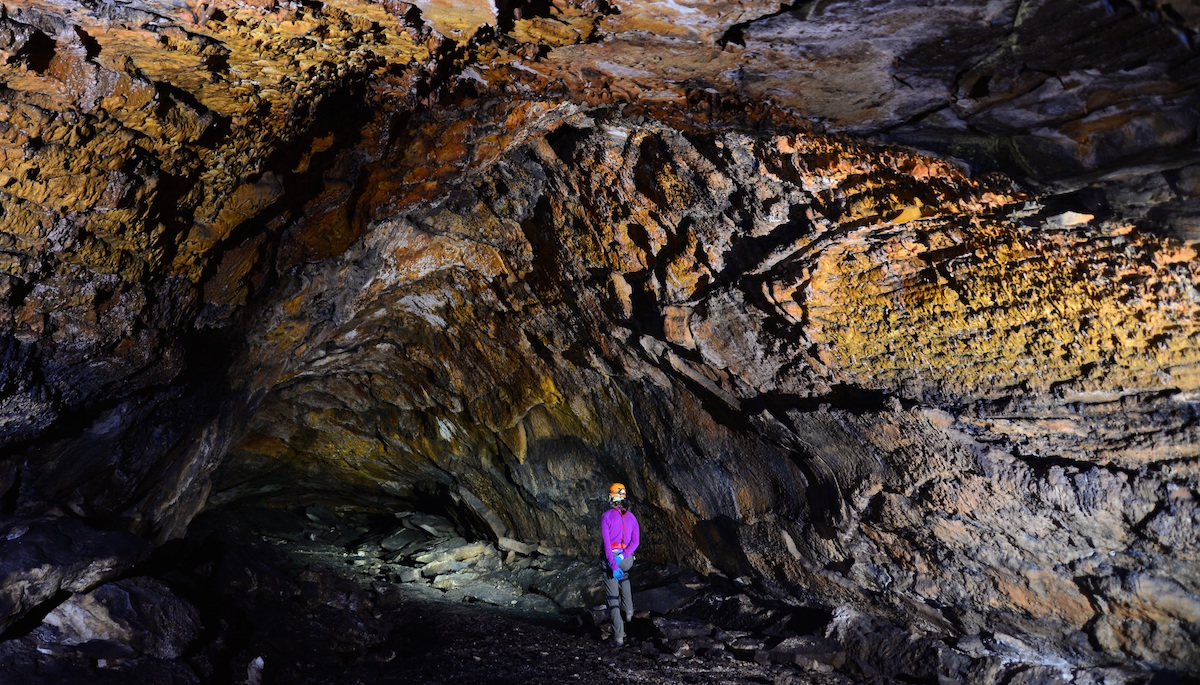 Located in northeastern California, the Lava Tube Caves are the product of volcanic eruptions that occurred 10,500 to 65,000 years ago. As lava flowed away from the Medicine Lake Volcano and cooled, it left behind the connected tubes that we can now explore. The Mushpot Cave has the easiest terrain to navigate and is the park’s only lighted cave. 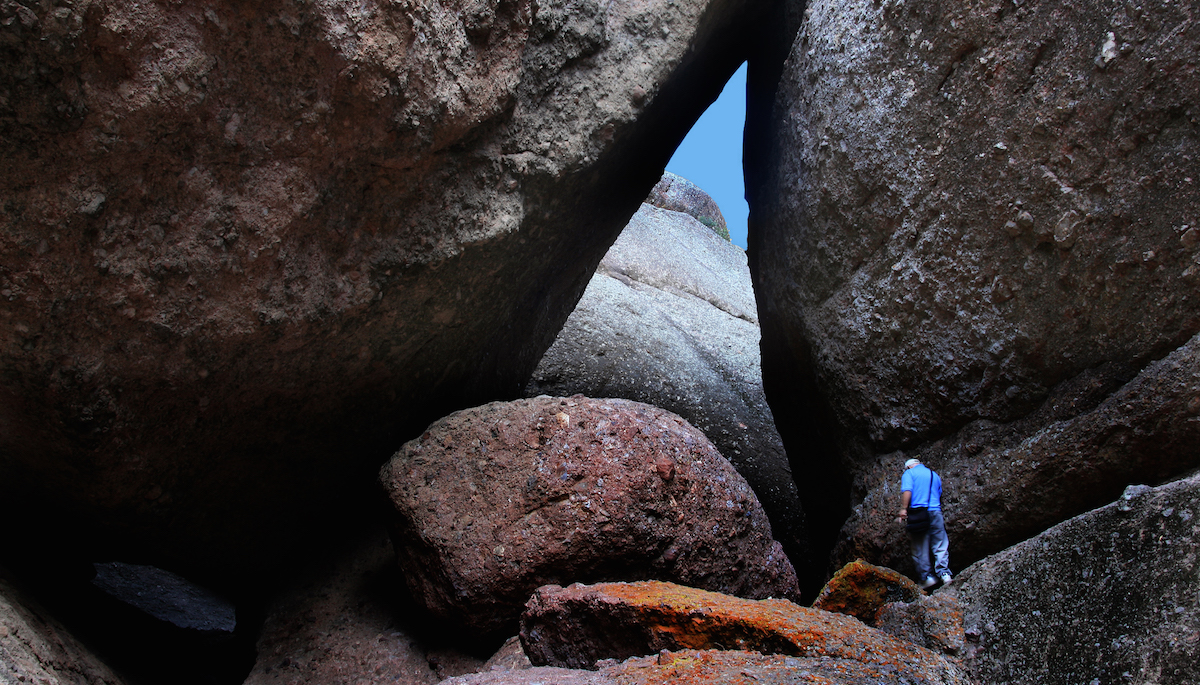 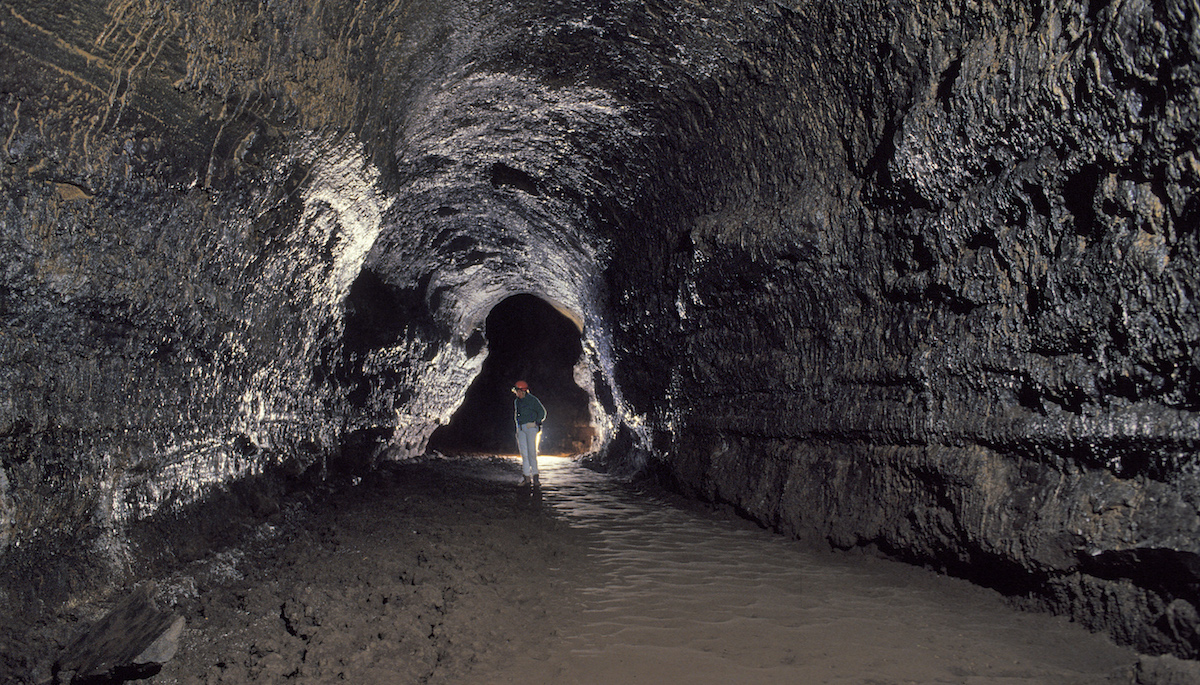 Part of the Newberry Volcanic Monument in Central Oregon, Lava River Cave is the state’s longest continuous lava tube. Check in the with U.S Forest Service, grab a lamp, and set off on your self-guided tour of this mile-long cave. Along the way stop at the cave’s Sand Garden, created from fine volcanic ash carried in dripping water. 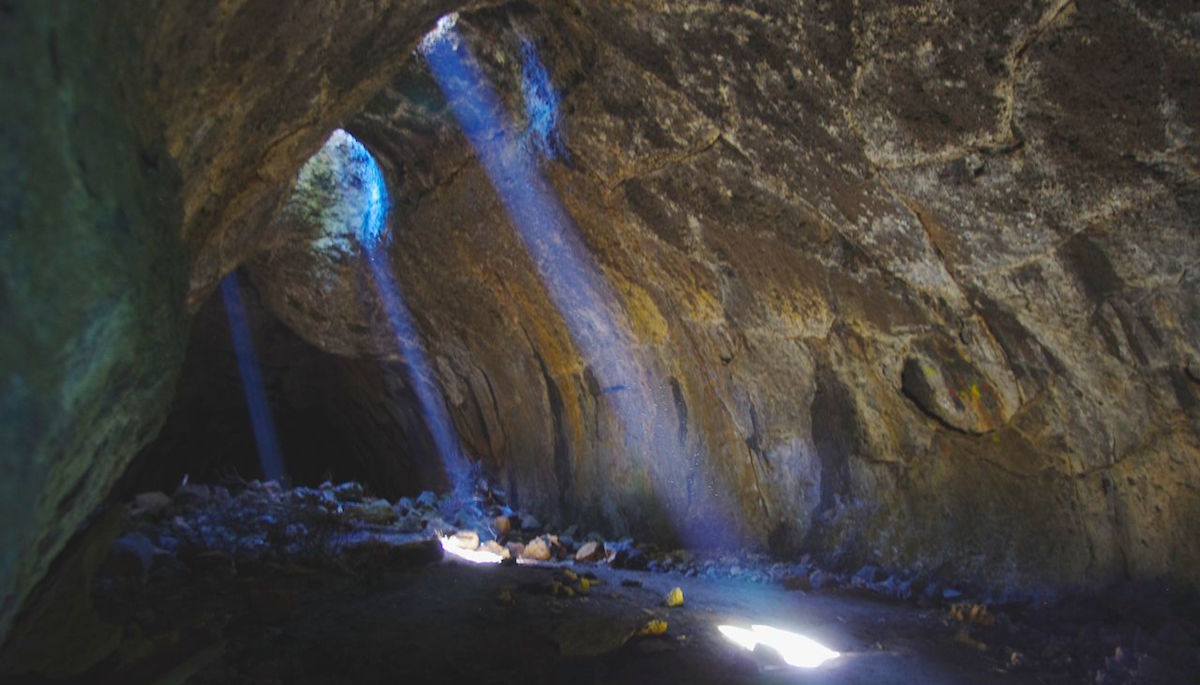 Located in the Deschutes National Forest, Skylight Cave is one of Oregon’s easiest caves to navigate and is perfect for new explorers. Like Lava River Cave, Skylight Cave is a lava tube created from the cooling of molten lava. Descend the ladder to the cave’s main room and observe as sunlight filters through the ceiling down to the cave floor. 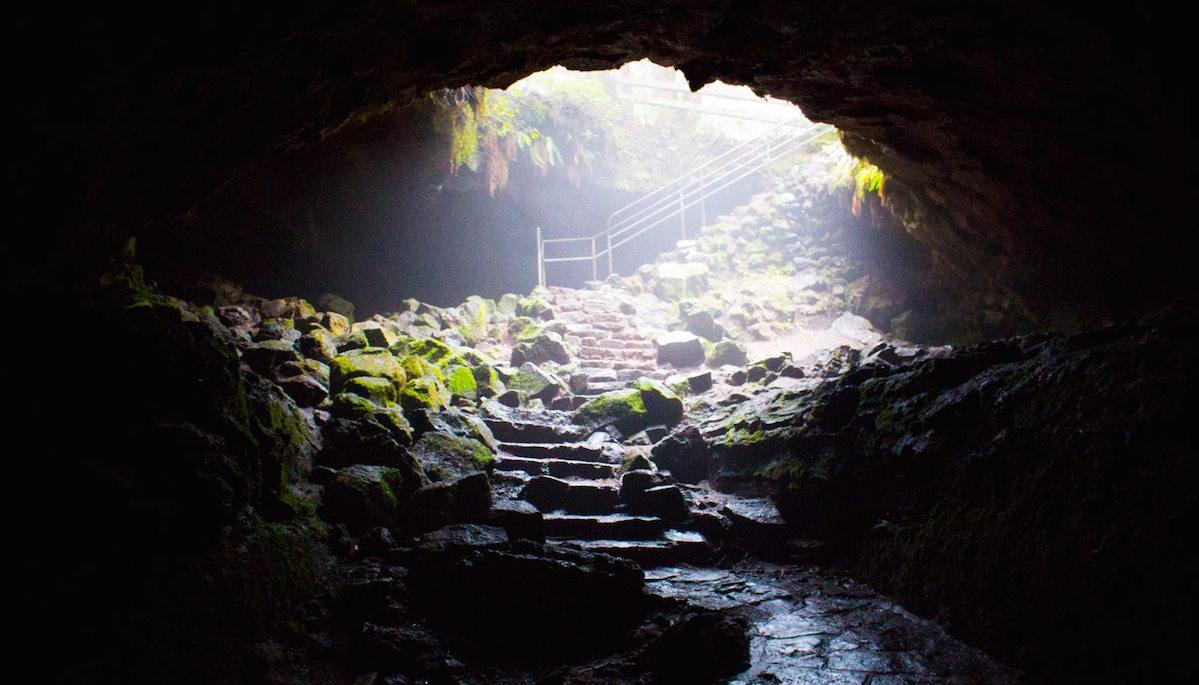 Head to Gifford Pinchot National Forest to explore Ape Cave, discovered just over 60 years ago. Ape Cave offers hikers 2.5 miles of lava tube to examine. As you move from the Lower Cave to the Upper Cave, the terrain becomes more difficult, and you’ll need to scramble over lava rocks to reach the cave’s lava falls. You’ll need to put on your hiking boots for this one! 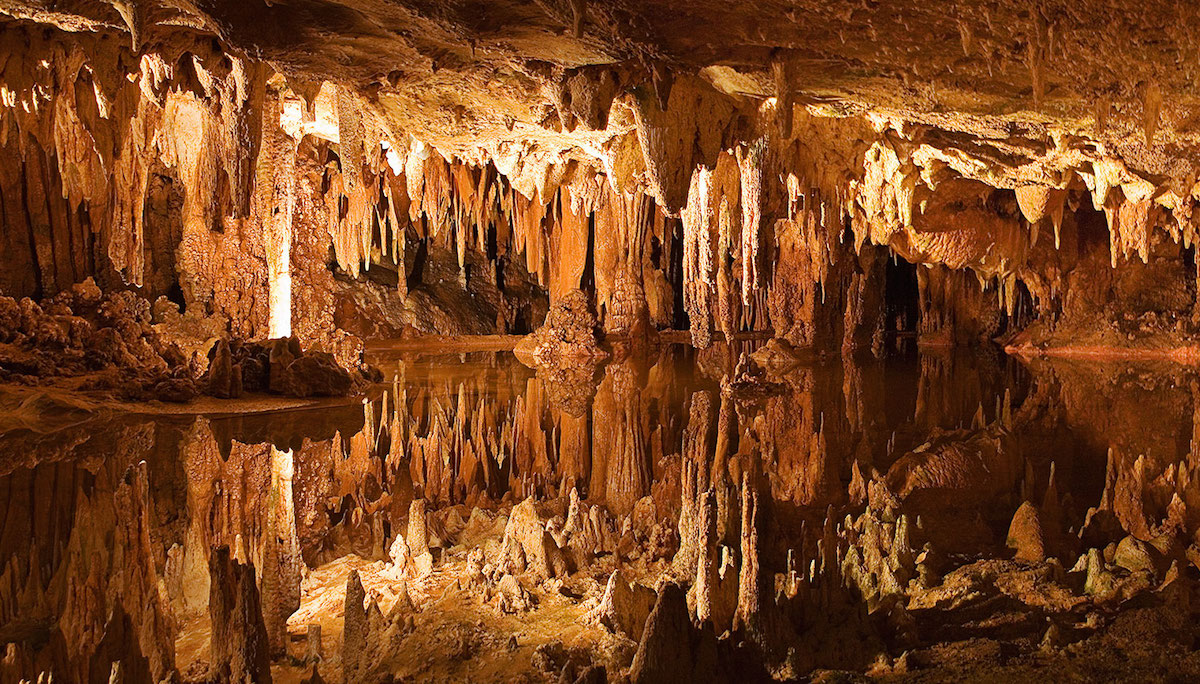 Designated a U.S. National Landmark, Luray Caverns in Virginia’s Shenandoah Valley is the most spectacular of the park’s series of caverns. The cavern’s spindly calcite formations reach up to 47 feet in height and can even be played like music by gently tapping on them. Head to the cavern’s Giant Hall to take in the massive Double Column that is the cavern’s tallest formation. 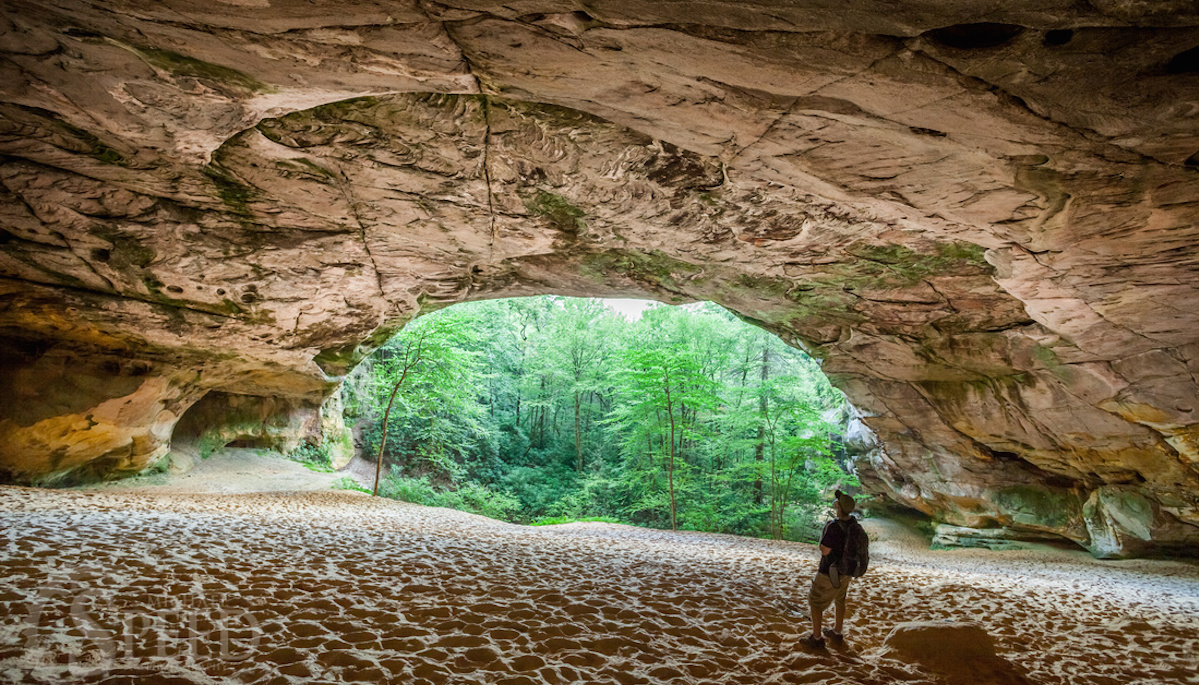 Located in Cumberland Gap National Park, the Gap Caverns is the site of Virginia’s only lantern-led tour. Classified as a karst cave, the Gap Caverns were formed the dissolution of natural rock formations as water flowed through it. Join the park rangers on a 1.5 mile tour of the cave and descend four levels into the ground. 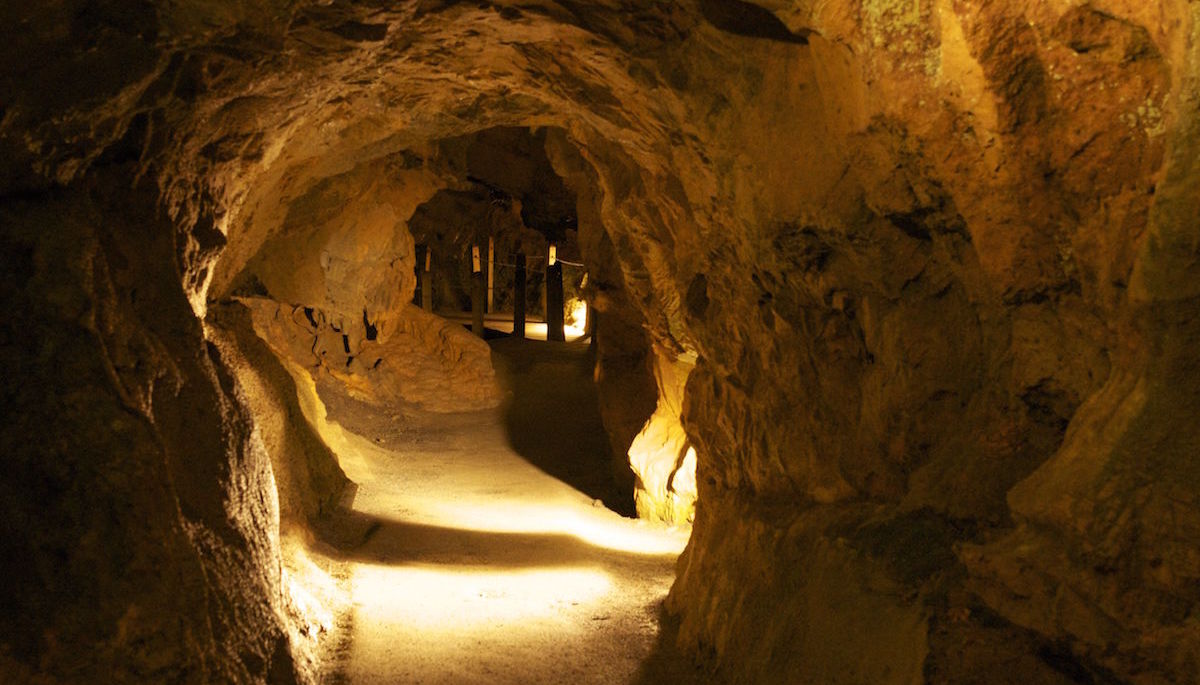 Opened to the public in 1977, Natural Bridge Caverns offers visitors the chance to descend more than 34 stories into the Earth. Natural deposits have created unique ‘rooms’ in the Caverns, including Mirror Lake, the Well Room, and the Colossal Dome Room. Join the guided tour and take in the beauty of the Colossal Dome Room, formed from masses of flowstone. 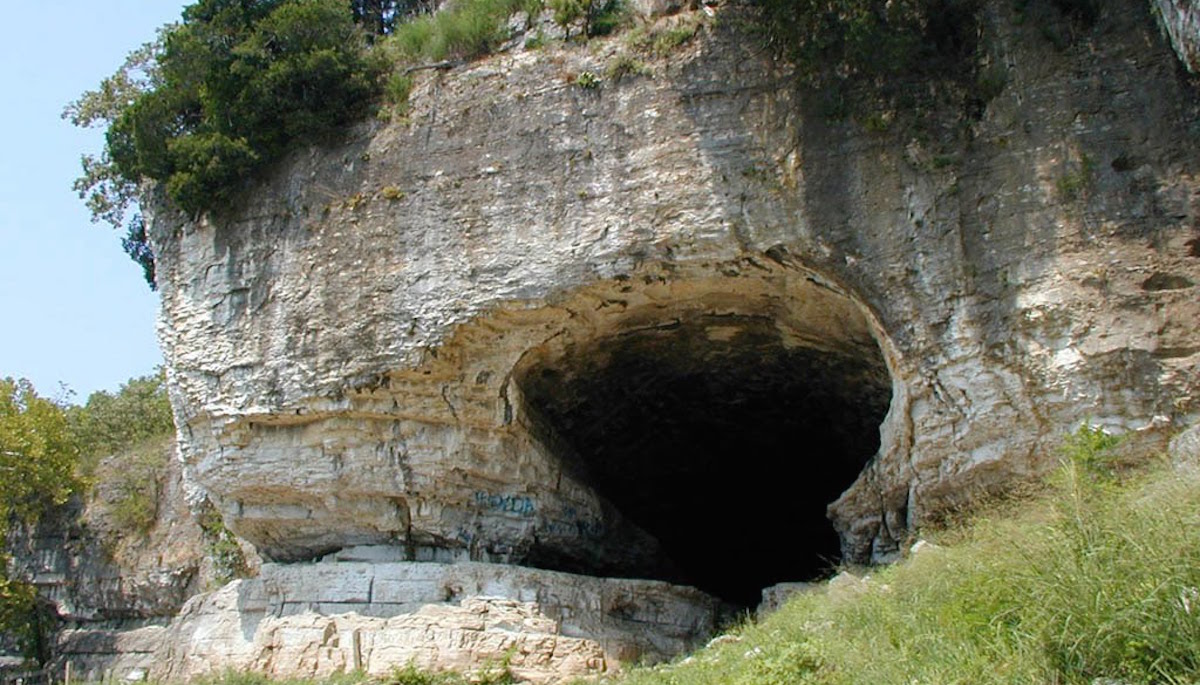 Travel down to southern Illinois to explore the historic cavern located in Cave-in-Rock State Park. Formed from the battering of wind and water against the rock walls, the cavern sits above ground and its 55-foot mouth  invites visitors to explore its depths. The cavern boasts a rich history, having once been a haven for local delinquents and later a shelter for pioneers. 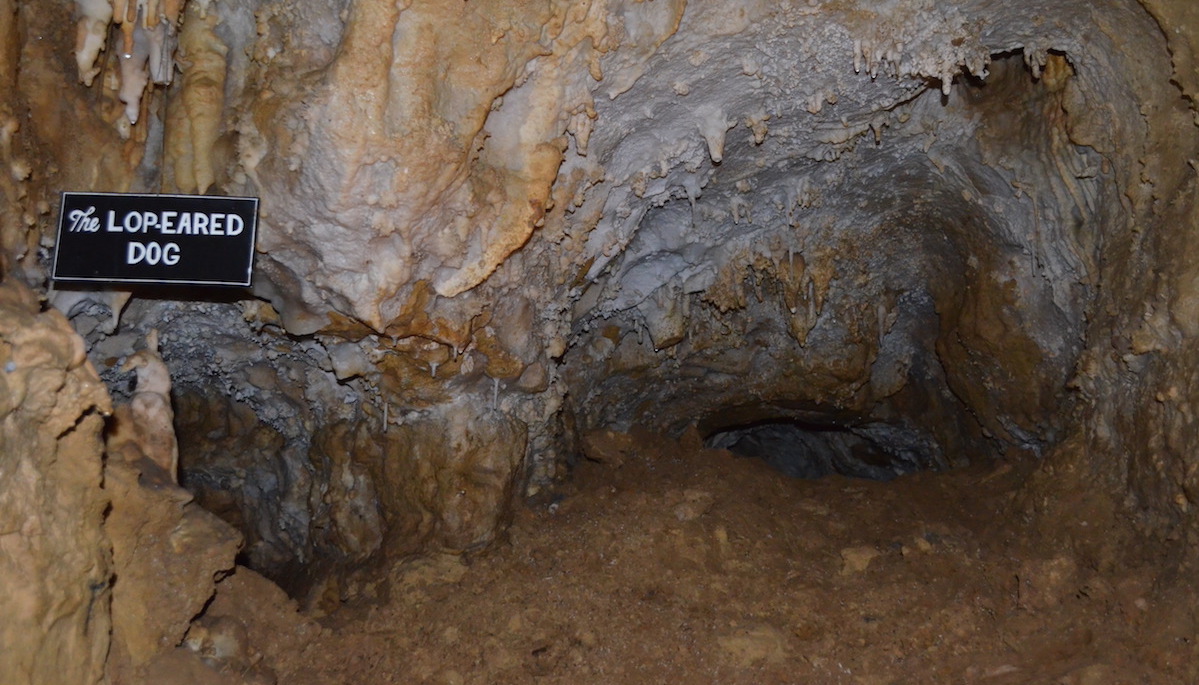 Located in Dubuque, Iowa, Crystal Lake Cave was formed from the dissolution of limestone by slow-moving groundwater. Descend nearly 40 feet into the earth to explore the hundreds of feet of natural passageways. Minerals continue to drip from the cave ceiling and water still pools on the cave floor. Bring your rain jacket to keep dry! 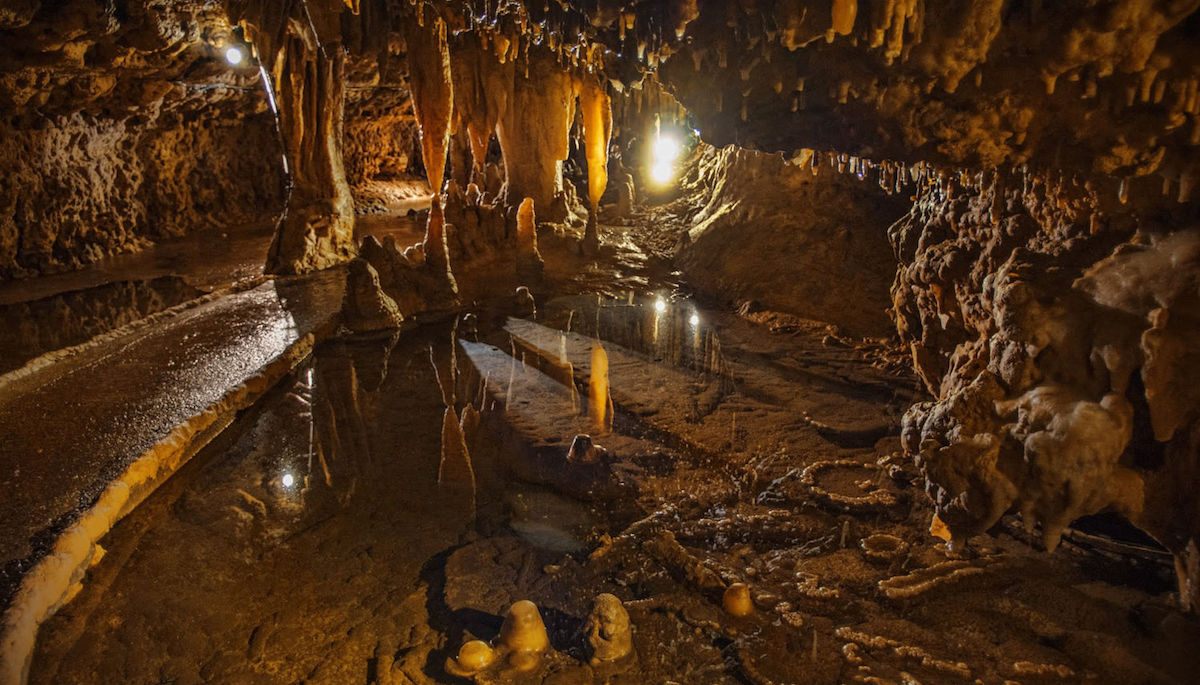 Head to the Caves of the Mounds in Blue Mounds, Wisconsin to see one of the Midwest’s most impressive cave systems. Discovered accidentally in 1939, the cave has since been developed for easy exploration. Take in the cave’s stalactites, stalagmites, and column formations on one of the cave’s guided tours. The paved and lighted walkways make it perfect for the whole family.